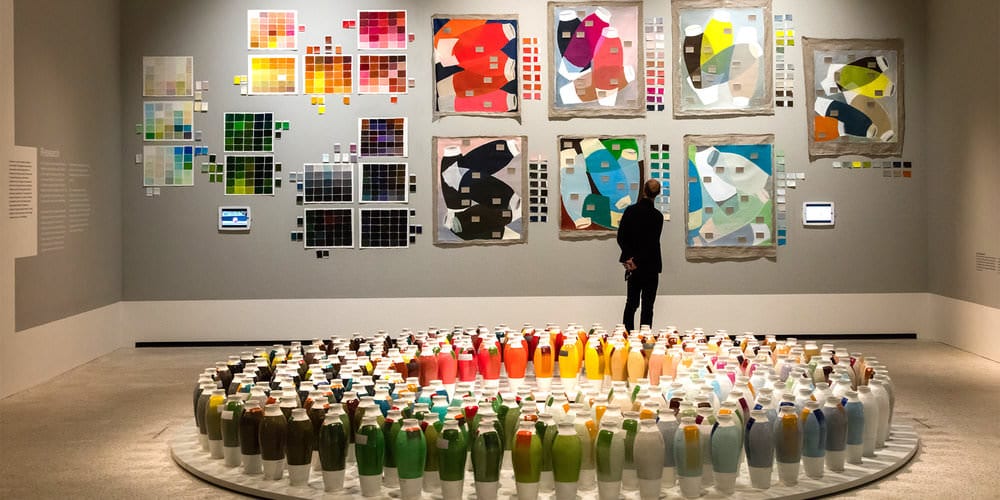 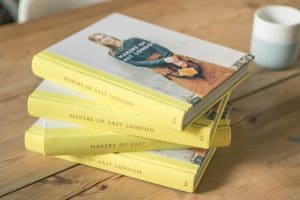 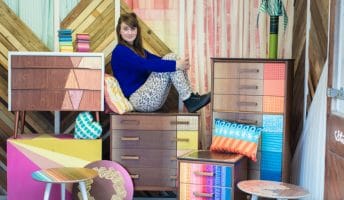 Ever wondered why our cities are so grey? Design journalist Katie Treggiden explores the lack of colour in architecture and talks to the chromophiles pioneering brighter buildings.

The architectural ‘whitewash’ that started after World War Two was a response to the dirt and rubble of war as new materials enabled clean, hygienic spaces, but the seed of ‘truth to materials’ was planted by the arts and crafts movement and then embraced as a central tenet of Modernism. However, our suspicion of colour dates back centuries. ‘It goes back a long way, via Adolf Loos in the early 20th century and neo-classicism in the 19th century, and all the way back to Plato and Aristotle,’ says David Batchelor, author of Chromophobia. ‘There’s a long Western tradition that equates colour with falsity, seduction and dishonesty. Modern architects are just its latest incarnation.’ Batchelor’s book references an ‘aggressively white’ interior – in which there is ‘no possibility of lying’. And yet, as Bachelor points out, even white is a lie. ‘Le Corbusier fetishized white,’ he says. ‘And most of his buildings were painted’ So if the pioneer of ‘truth to materials’ was hiding them under white paint, and if even he said: ‘polychromy is as powerful an architectural tool as the plan and section’, perhaps it is time for architects to embrace colour.

Some of them already are. Maggie’s Centres are domestic buildings in the grounds of hospitals offering support to people with cancer. Designed by the UK’s best architects, they are often very colourful. ‘The green we chose for Maggie’s Nottingham was in deliberate contrast to the red brick of the existing hospital buildings, so it would be seen as spiritually separate.’ says Piers Gough of CZWG Architects LLP. Similarly, Ivan Harbour of Rogers Stirk Harbour + Partners chose a striking orange for Maggie’s West London. ‘We wanted to create an environment that felt warm, homely and welcoming,’ he says. 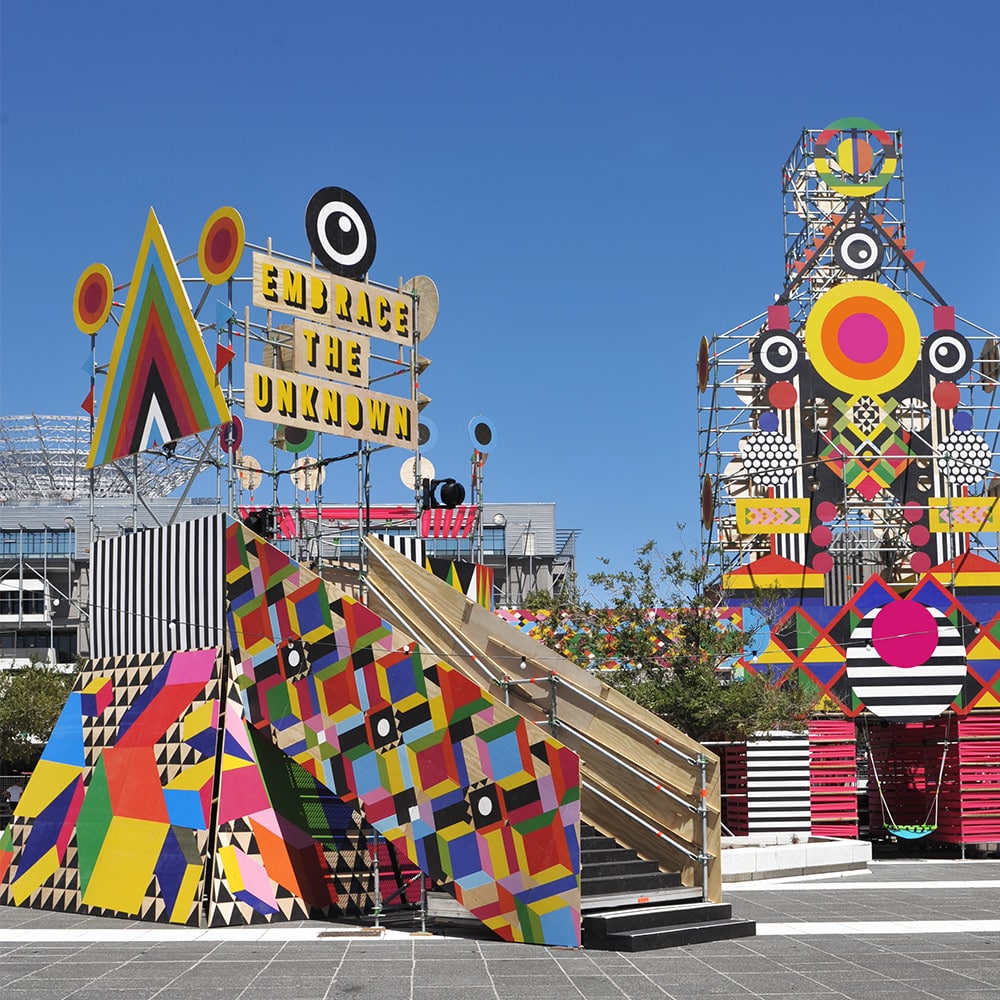 British designer Morag Myerscough uses colour in hospitals, schools and community spaces, saying: ‘Colour is powerful’. Her 200m x 3m ‘spine’ for Sweden’s Linkoping Hospital was six years in the making. ‘I wanted it to be hand-painted, so the colour would be vibrant. Everybody stops and says how beautiful it is.’ And while colour can lift people at their most vulnerable, it affects us all. ‘Colour brings joy,’ says Camille Walala, an artist who covers buildings in Post-Modern-inspired colours and patterns. And she’s right – psychology, neurology, and ergonomics studies all show that colour affects us both physically and mentally. ‘I am on a mission to bring more colour into architecture,’ she says.

But for every client who is brave enough to commission the Camille Walalas of this world, there are ten for whom colour still represents risk. Architects Lara Lesmes & Fredrik Hellberg might have found the solution: ‘Colour is often seen as a risk that does not need to be taken,’ says Lara. ‘But the advancement of the augmented and the virtual will change this – buildings will be able to be transformed by the second.’ 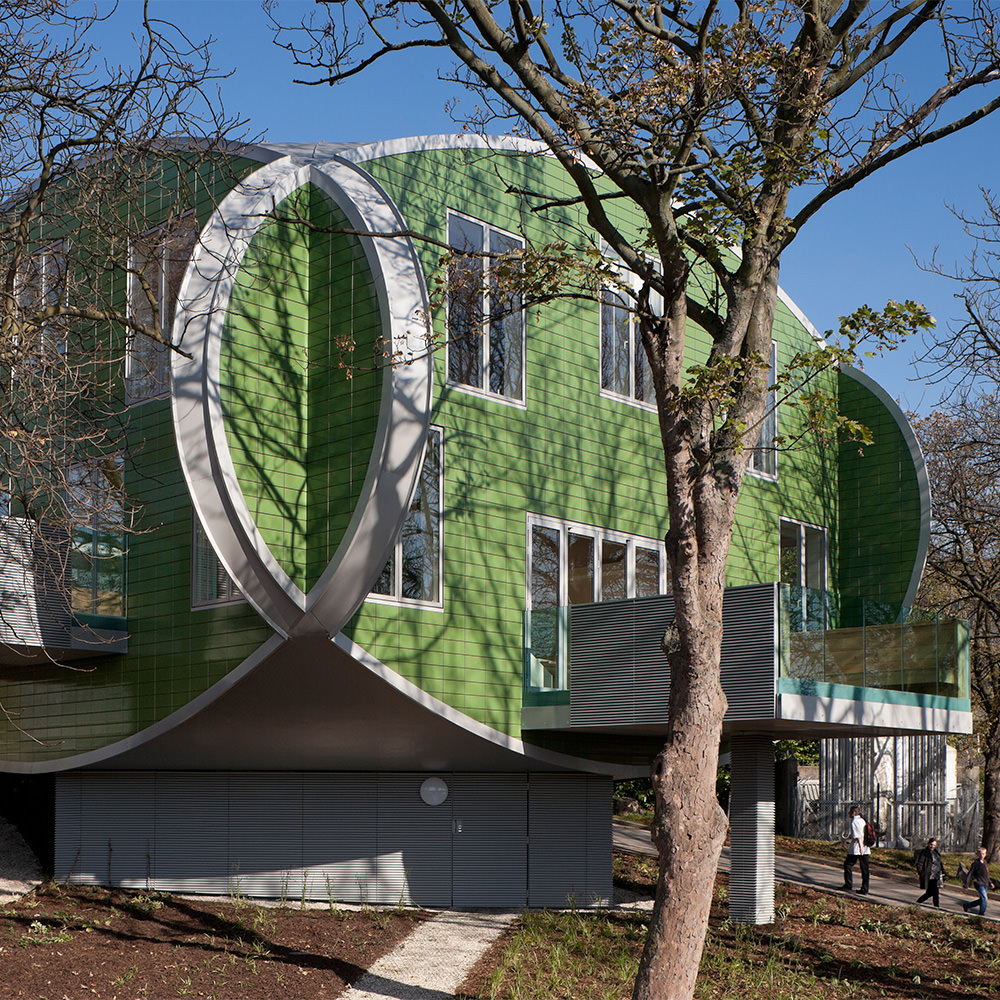 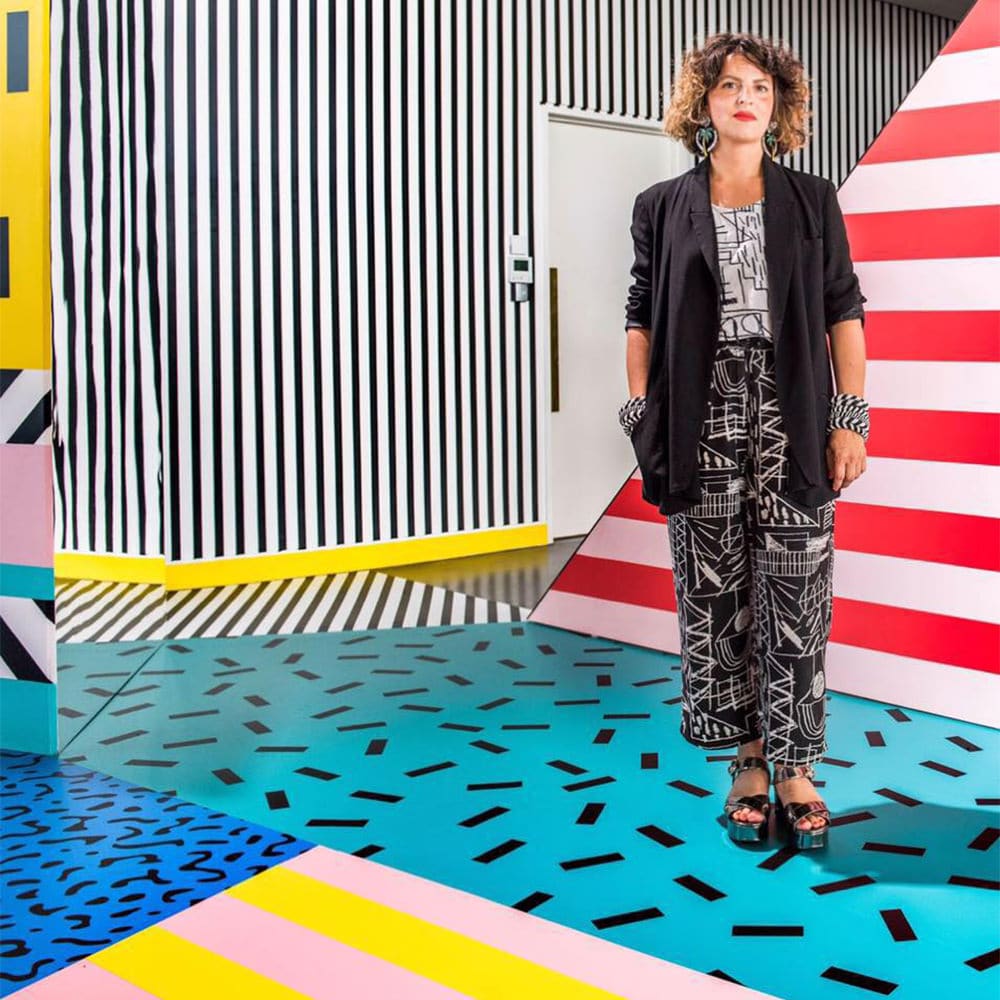 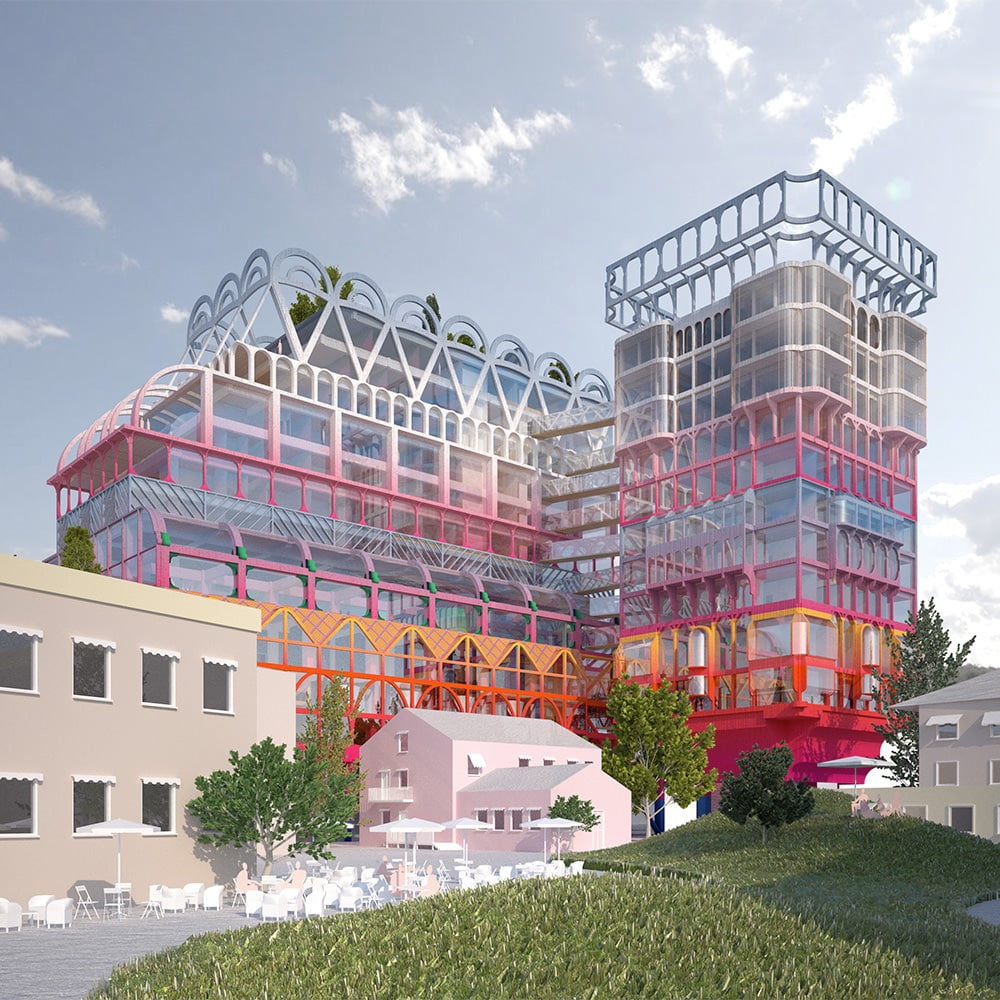