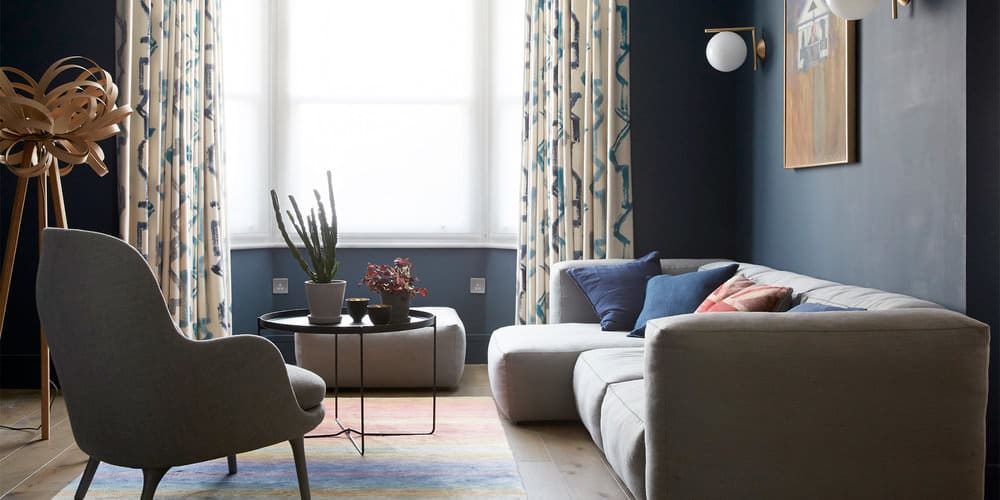 Running a public relations agency in the design industry means Katherine Sandford-Anderson is surrounded by home make-overs, and yet a year-long project to covert her own family home gave her a new respect for her colleagues and clients.

The usual solution when you run out of space in London is to head for the Home Counties – the commuter belt is full of city-based professionals who put up with crowded trains in exchange for an extra bedroom and a bit of green space. Katherine Sandford-Anderson (44) and her corporate investigator husband Mark (44) were a bit more canny – instead of upping sticks, they reconfigured their West London home into a space that works for their growing family – daughters Amelia, 13, Alice, 10 and newest addition, Coco the dog. 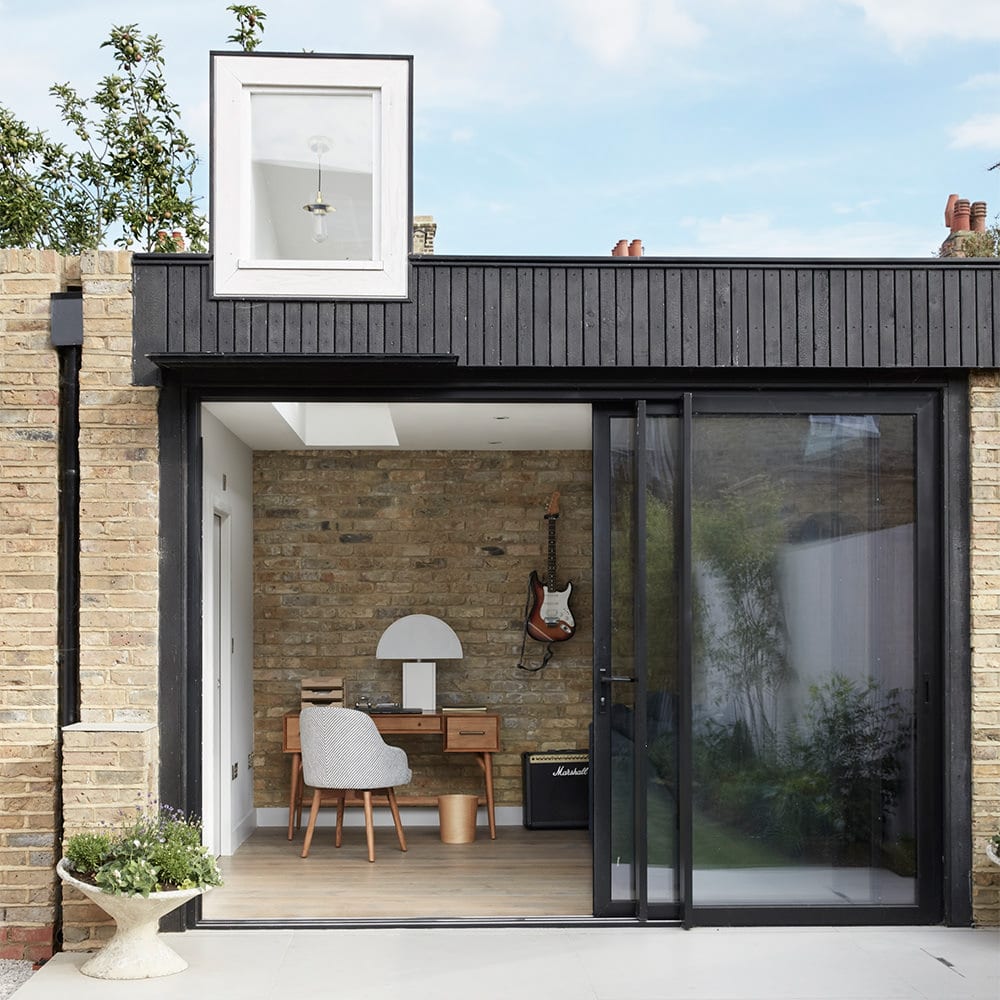 Katherine and Mark had always planned to renovate the house they bought for £1.4m in 2013, and after surviving two winters with a faulty boiler and kitchen doors falling off their hinges, they couldn’t wait any longer. They moved out, the builders moved in and within a matter of weeks, there was nothing left but the external and party walls and part of the first floor. “I’m always amazed by how quickly it all comes down, but how slowly it goes back up,” says Katherine. The demolition phase might have been quick, but it was far more extensive than planned. “The builders discovered rotten floor joists and missing steel beams – structural issues that had been papered over in the past – so it all had to come out. At one stage, it was this incredible triple height space that I was actually quite tempted to keep,” laughs Katherine. “But our entire contingency budget was blown in the first four months.”

The determined couple ploughed on and having secured planning consent, their build team started to reconfigure the house while constructing a garden studio in the footprint of the previous owner’s home office. Architect Simon Gill designed the extension to the rear of the house ‘in dialogue with’ the garden room. “They are both clad in burnt larch and each has a dormer window with a pendant light in it – it’s almost like they’re having a conversation with each other,” Katherine explains. A ‘pod room’ – a small loft extension that sits on the walls of the rear section of the house – was added to the third floor to provide an extra bedroom for youngest daughter Alice, and then the kitchen and bespoke steam-bent oak staircase were fitted last to prevent them being damaged. The total cost of the renovations and interior fit-out was £450,000, but the house is now worth £2.2m, so they’ve made a potential profit of £350,000, while avoiding the costs associated with moving house and commuting into London.

Once the renovation work was complete, the family started work on the interiors. “The entire house was gutted, so we had to do everything,” says Katherine. “The chimney breasts, fireplaces and architraves had been removed by a previous owner, and we thought about putting them back, but it proved impractical, so in the end we had a blank canvas for a contemporary interior,” says Katherine. Working in the design industry, she was able to call on friends for advice – not least, interior designer Harriet Paterson. Having recently visited Vitra’s Swiss headquarters, an exhibition about Finnish architect Alvar Aalto, and Milan Design Week, those influences fed into her briefs for both architect Simon Gill and Harriet Paterson, who pulled it all together into a style she dubs “modern craft meets industrial elegance.”

“Harriet’s design sensibility just chimed with what we liked,” says Katherine. “I wouldn’t have been able to do it without her: her taste, her sense of colour, and just the sheer amount of work and number of decisions. I have a whole new level of respect for the people in our industry.” The finishing touch was painting and tiling the front of the property. “Coming home to that for the first time was extremely satisfying,” says Katherine. “Although I did keep expecting to find a rogue painter still somewhere in the house!” 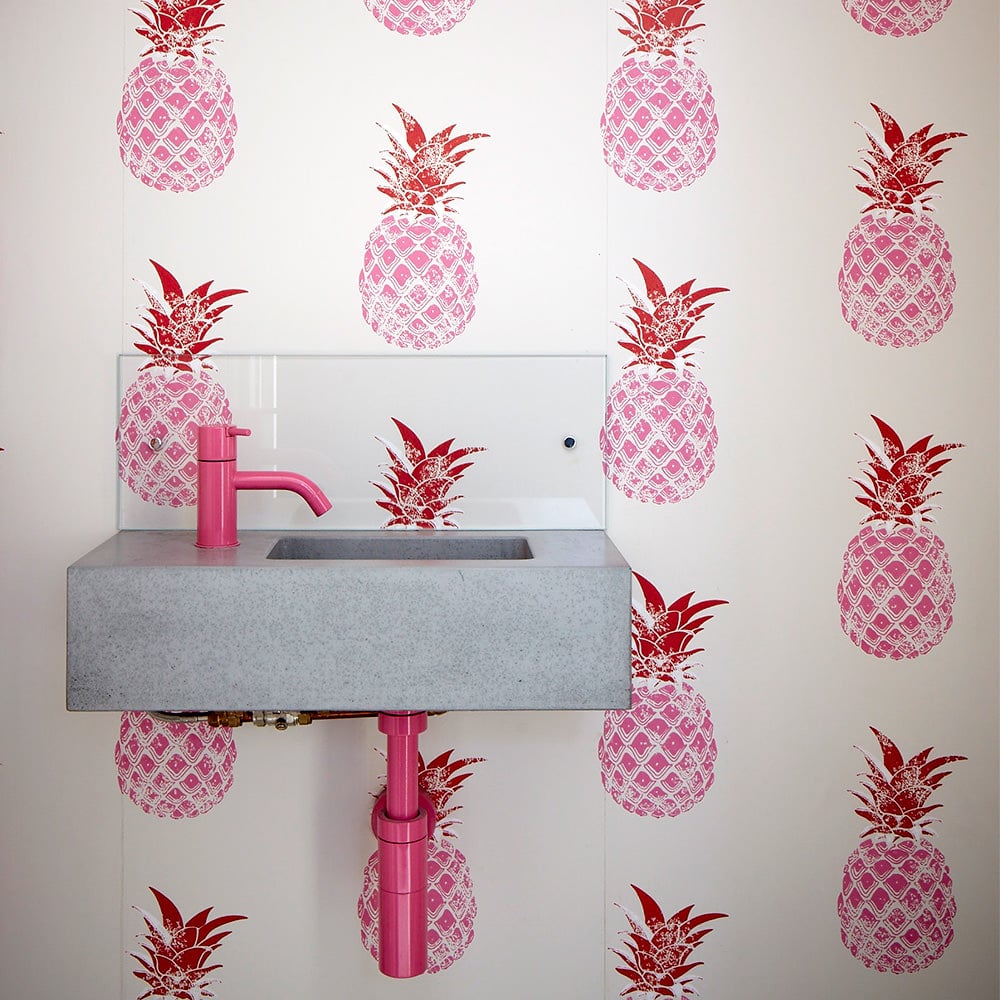 “The finished result is a normal family house, but as Simon the architect is fond of saying, it’s for a family with a highly developed appreciation of design,” says Katherine – and she’s right. It is contemporary and yet playful. The materials reference the original house but with a modern twist. The feature staircase, built using traditional steam-bending techniques to create a rippling balustrade, is an experience to walk through as much as an object to look at. The colour palette of plaster pinks, warm greys and inky blues combined with a bespoke lighting plan (by Alexandra Fry) and a mixture of raw textures and silky smooth finishes conspire to create a tranquil and yet lively family home. And despite its good looks, it’s hardworking too – the multifunctional kitchen houses a desk for admin and homework, a TV-snug for the children and an island where everyone can congregate; the garden studio provides a home office for Katherine as well as a space that is variously a home cinema, a ‘man cave’ for Mark, a den for the children and an occasional guest suite; and there is bespoke storage everywhere, created against a list of exactly what the family needed to stash. It’s no wonder that, aged just 13, daughter Amelia describes it as “a place for our family to grow and create lots of happy memories.” As architecture and interior design go, you couldn’t ask for much more, and they didn’t even have to leave London to find it. 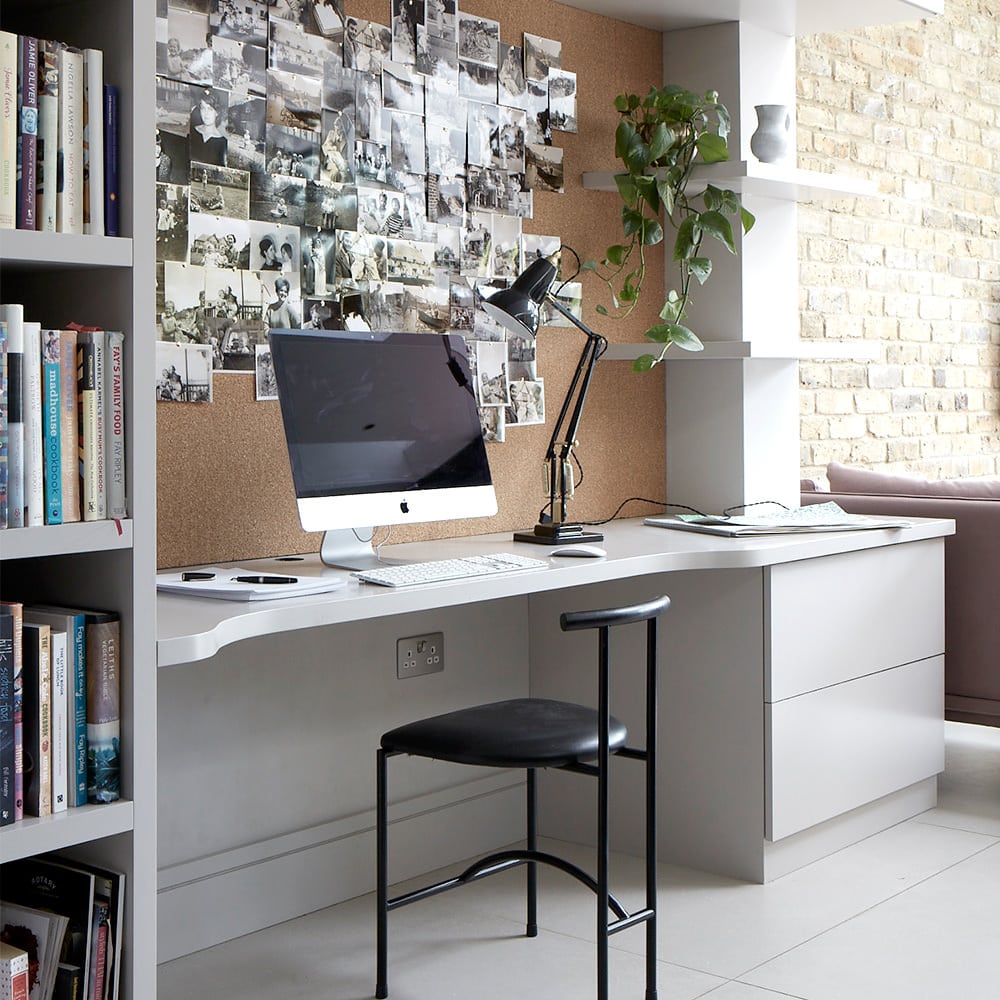 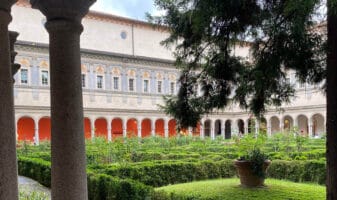 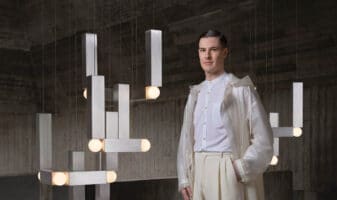 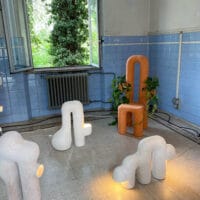 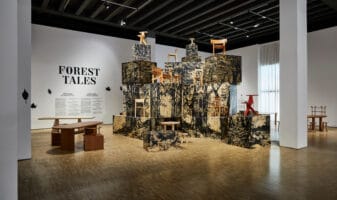